Biological vegetables and herbs along the Nile 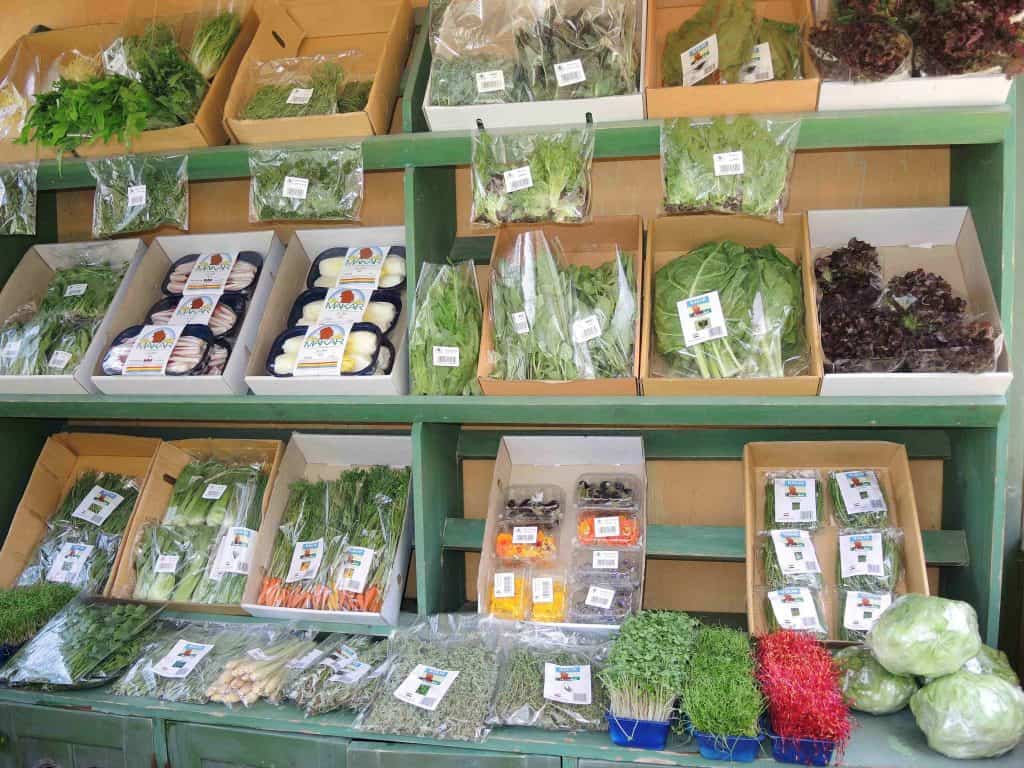 In may 2016, during my eighth trip to Egypt, Emanuela Versari and her architect friend Alessandra took me to visit a biological farm located south of Cairo on the road to Sakkara.

“Makar Farms” owned and ran by  Mounir Makar has a long history. Ezbet Makar Pasha, Mounir’s great grandfather, started this project which has remained a family business. Around the land a village has been created which has also a train station.

In the past cotton, wheat and vegetable were cultivated in 300 hectars of land. George Makar, a graduate from the prestigious University of Grignon(France), introduced the first important changes towards the end of the Forties, one of them being removing the cotton cultivation and planting European plum trees of different colors not yet present in Egypt.

Under Nasser’s government most of the land was expropriated, including the farmhouse, leaving to the family only 20 hectars.

In the Seventies varieties of vegetables unknown to the Egyptian market were introduced (lettuce, escarole, aromatic herbs like thyme and tarragon). The idea was to produce in Egypt in winter what in Europe was available only in the summer.

They could not miss the Rocket! `The “feuille d’olive”, of French origin, is the one grown in this farm.

As far as lettuces, endives, broccoli and Brussels’sprouts were concerned the methods of cultivations were the same as in Europe. Green, white and red Asparagus were also introduced , an Italian variety that grows in our country in summer and in Egypt in winter. Emphasis was on quality more than quantity and Major Hotels and   Restaurants were the main customers.

After Mounir’s dad passed away in 1991, the son, who was a banker and economist, decided to run the farm.

Introducing one or two new cultivations every year is the strength of the business. This way new flavours are used in Egyptian Kitchens. It is difficult today to find such a great variety along the Nile. Sophisticated dishes can be prepared with fresh thyme, fresh chives, basil and tarragon.

Hydroponic cultivation has been introduced for some varieties of vegetables. With this technique one square meter of land produces the equivalent of 20 square meters of land in open air. The cycle is shorter by a third of the time.

The german company Ceres and the American Usda Organic certify the biological production with check ups every six months: Mounir does not use pesticides, herbicides or chemical products in his farm.

Hormonal confusion and two kinds of traps are used against insects. Sometimes parasites like the Tomato moth (Tuta absoluta), that reproduces itself very quickly, can ruin the harvest. Each one lays 300 eggs per day.

Mounir mantains reasonable prices for the main hotels in order to avoid imports from abroad.. and because of the crisis in the tourism sector he is also developing sales to supermarkets and shops. The factory being close to Cairo permits products to be delivered in refrigerated trucks as of 10.00 a.m. daily.

Trust between producer and customer is very important. When a new variety is introduced in the market Mounir sells it at half price of the imported one because competition is very high. As soon as a new product/system is introduced competitors will copy him without respecting any of  the parameters.

Private people, like the Italian women of the Gie Association (Gruppo Italiani in Egitto) who are loyal customers, can visit alone the cozy farm where about 110 people are employed, 30% of them being women. With the hydroponic cultivations more women will be needed. Moreover Makar Farms employs  technicians and 12 people in his administration.

Electricity black outs are the biggest problems because of the importance of ventilation and water pumps. The water to irrigate is found at the depth of 42 meters ( much lower the river Nile’s level).

Mounir Makar explains some of the managing aspects. With the introduction of modern technologies he had to teach Egyptian labor new techniques and the use of instruments. At the beginning the workers were skeptical but Mounir was able to excite them and he is proud to say that: “ the success of the farm is due to them”. He managed to transform Egyptian  “Fellahin” into modern biological farmers.

Mounir employs local peasants who take care of the sowing and delivery.

I was surprised by the absence of melons and watermelons that I adore. Apparently the market is already full of those two items.

Mounir and I wish that tourism can pick up again in this beautiful country. The people of Egypt deserve it and it would bring great rewards to the Farm and its skilled workers. 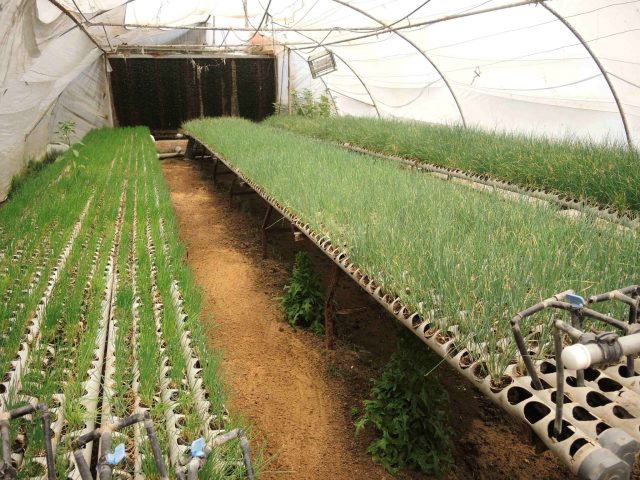 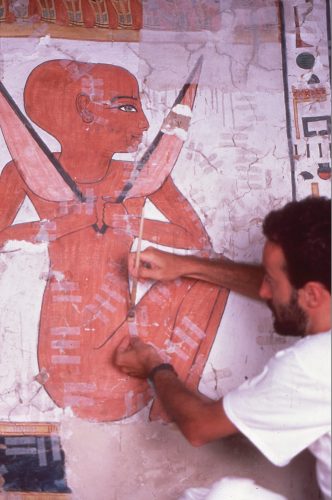 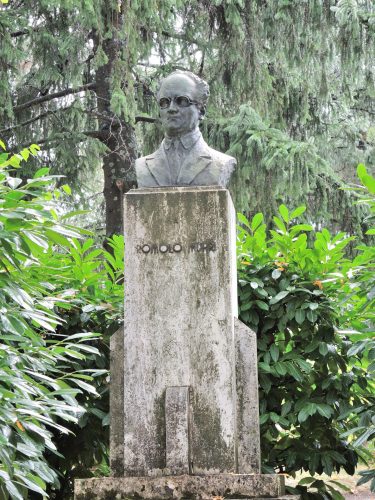 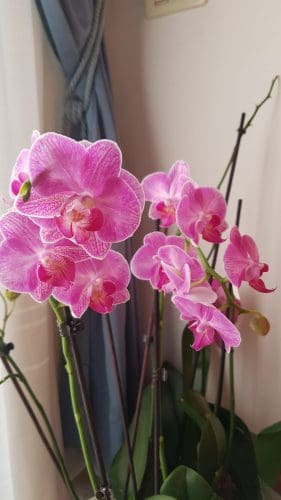 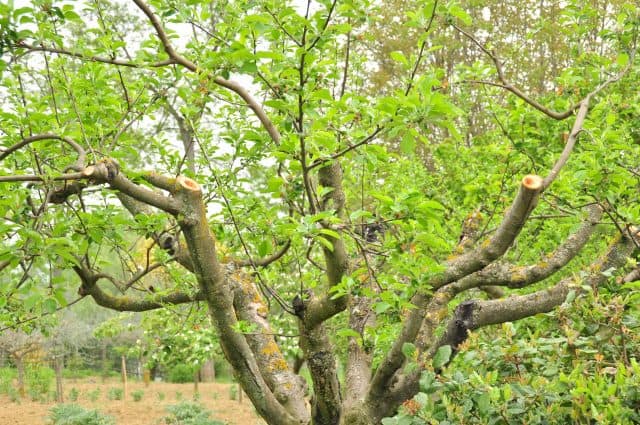 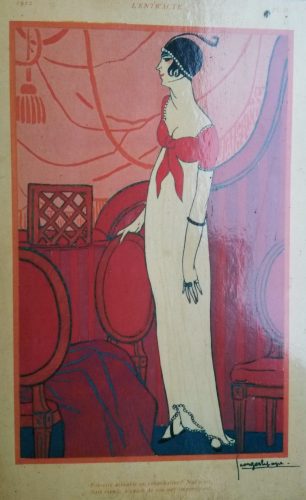